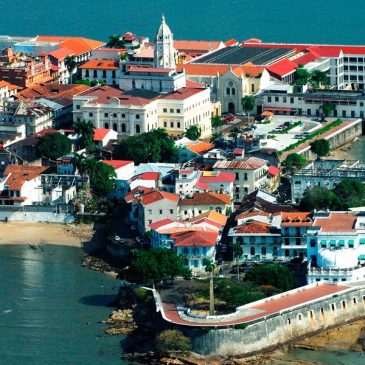 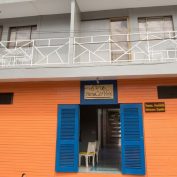 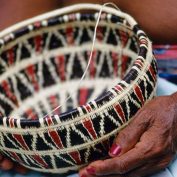 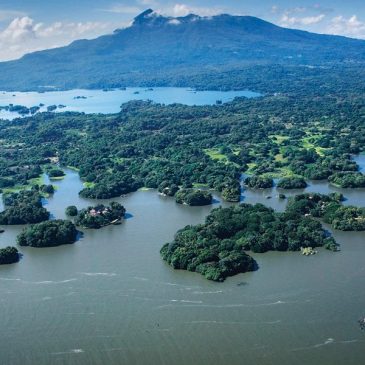 The perfect combination to explore Panama and Nicaragua. During 9 days, you will enjoy the contrast between the historical, cultural and modern of Panama City and discover the charming and sun beach of Nicaragua.

In Central America, Panama stands as the most cosmopolitan city and the only capital on the seashore. Its tropical climate is characterized by high temperatures ranging between 80 and 95 degrees Fahrenheit.

The City offers a variety of choices for all tastes; combining impressive modern infrastructure with some treasures of distant times such as Casco Antiguo (the Old Quarter), a World Heritage Site by UNESCO.

The property is strategically located in the financial district of Panama City, close to the best malls, restaurants, casinos and entertainment centers. The hotel features 89 superior rooms and 1 junior suite; all of them offering amazing views of Panama City. To complement, the hotel also offers supplementary services for guests such as 24-hours reception service, a business center with printing service, a full-equipped gym, a cozy bar located in the rooftop, a small coffee shop located in the lobby, a heated swimming pool located in the last floor, and four functional meeting rooms.

First visit the Miraflores Locks visitor’s center, the nearest set of locks to the city, makes it possible to learn about the history and the daily operation of the Canal. This visitor’s center has three main attractions: The Museum, the audiovisual presentation, and the lookout point where it’s possible to observe the ships passing through each one of the chambers.

After this, and accompanied by your guide, you will visit the charming “Casco Antiguo” or Old Quarter, built in 1673 after Panama La Vieja (the first city) was looted and burned. The predominant architectural style of the Casco Antiguo is a combination of Italian, French and Spanish colonial.

During the expedition through this colonial part of the city you will have the opportunity to visit some churches including the famous Golden Altar which survived the plundering and destruction of pirate Morgan, and different parks and plazas while you learn about the history of the city.

Lunch is included in a local restaurant.

To end the day, you will visit the Biomuseo, which is located in the Amador Causeway. This museum was designed by the world-renowned architect Frank Gehry and is his only work in Latin America.

The Biomuseo’s 4,000 square meters contain eight permanent exhibition galleries – created by the Canadian designer Bruce Mau, and the main theme is the origin of the Panamanian isthmus and its gigantic impact on the planet’s biodiversity.

The Embera Quera Indigenous Community is located at the end of the Gatun River. The tour begins with a 30-minute ride through the river in a canoe with outboard; during the trip is possible to enjoy the beautiful flora and fauna of the region and learn a little bit about the lifestyle of the community.

Once in the community, one of the members will explain you in detail about the culture, the food and the language of the Emberas; and will answer all the questions you may have about their way of life. Besides, a cultural presentation with traditional dances and music will allow you to interact with the group and the members of the community.

At the end, you will have the opportunity to shop some of the handmade crafts by the community residents.

A light, traditional lunch is included during the tour; usually based on the catch of the day.

The Panama Rainforest Discovery Center is located on the famous Pipeline Road, one of the most renowned places in the world for bird watching. In fact, here was established a record number for a bird count organized in 1985 by the Audubon Society, when 385 species were identified in 24 hours.

The tour begins in the visitor’s center, where it’s possible to observe up to 13 different species of hummingbirds while they approach to the feeders located in the terrace.

Then, taking a small trail of about 200 meters you will get to the observation tower. This tower has 100 feet height and to go up to the highest point you will need to climb a spiral staircase of 174 steps, with observation platforms every 25 feet until the terrace which exceeds the forest canopy.

Additionally, there is a circuit of 1.1 kilometers of trails through the forest, with a difficulty from mild to moderate.

Greeting at your arrival at the Airport. After our tour guide welcomes you to Nicaragua he will take you to explore the city of Managua before continuing to Granada.

We will start the trip with a sightseeing tour of Managua, the capital of Nicaragua since 1852. Managua is located on the shores of Lake Xolotlán. We’ll visit the historic center where we’ll find important sites like the Central Park, the ruins of the Cathedral of Santiago, the National Palace and the National Theater Ruben Dario.

We’ll continue to the amazing colonial city of Granada, founded in 1524 on the shores of Lake Nicaragua, being the oldest city in the western hemisphere of the Americas. Granada welcomes visitors with its colorful architecture and deep historical roots.

El Patio del Malinche is more than just another hotel, it`s a dream come true. Our interest to live in a different culture and to get to know new horizons took us to the ancient town of Granada. The sun-dried bricks of Granada’s old walls and the hospitality of its people bewitched us.

By restoring an old colonial house, we have recreated an ambiance of peace and serenity throughout its inner patios full of history. We hope our guests will be able to relive and share with us the atmosphere of other times.

Optional activities from Granada (not included):

Located in the center of the town of San Juan del Sur, Nicaragua. Where you will be delighted from the joy that this beautiful port offers. This picturesque small town is characterized by its attractive beaches, where you could swim, fish, surf, dive or take a Boat ride, besides having an active nightlife.

The hotel offer a mix of atmosphere and flavors that summarizes in a high quality culinary experience. The guestrooms are equipped with modern amenities, 2 Queen Beds, a 32 inch plasma TV, air conditioners, fans, hot water and safe box.

Check in at airline counter must be done three hours prior to flight departure. Duration: 3 hours.