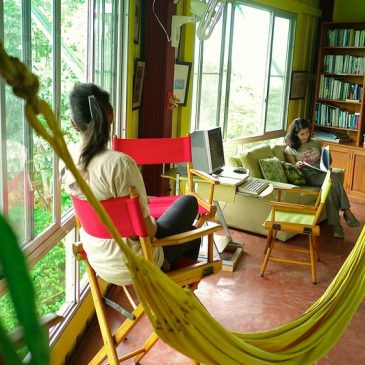 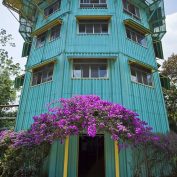 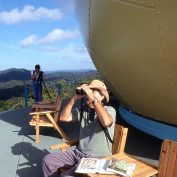 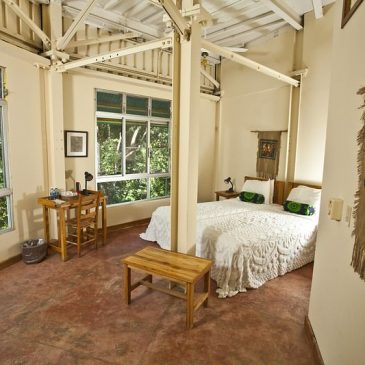 The structure was built in 1965 by the United States Air Force to house a powerful radar used in the defense of the Panama Canal, and in August of 1997, the government of Panama signed a long-term contract with Raul Arias de Para to transform the site into a center for neotropical-rainforest observation and ecotourism.

Canopy Tower is a prime location from which to observe the birds and other wildlife of the forest canopy. Because the birds and mammals are at eye level, it is common to get fantastic views otherwise nearly impossible from the ground. The dining area and the roof of the tower are better for finding elusive canopy birds, as well as Mantled Howlers, Geoffroy’s Tamarins and other mammals and birds.

Besides, the hotel boasts specialized services such as the observation deck located 50 feet above the ground, giving guests a grand view of the canopy and beyond; and the birding vehicles, used to transport birders to the birding spots around the property.

The “Harpy Eagle Suite” is also located on the first floor and features an area of 290 square feet with two big windows overlooking the forest, two single beds (which can be joined together to make a queen bed), a desk with a chair, an overhead fan, a place to put your personal belongings, and a private bathroom.

And the finest accommodation of the property, the “Blue Cotinga Suite” is located in the second floor and features an area of 366 square feet. This suite boasts the same amenities than the “Harpy Eagle Suite” but also has a hammock and a small balcony with a hanging chair.