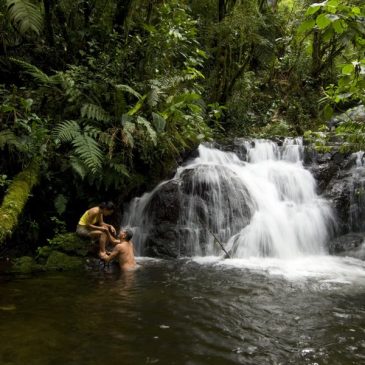 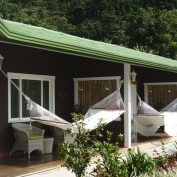 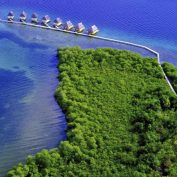 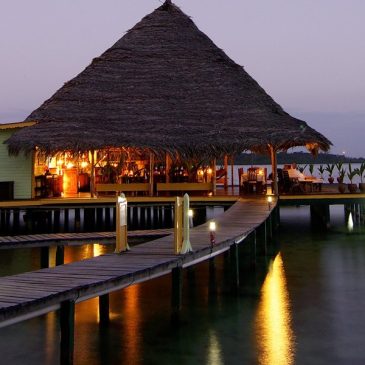 This 8-night package combines the luxury, the wild, and the romanticism hidden in every destination of Panama. Stay at the most charming boutique hotels and share unforgettable experiences with your loved one during a perfect journey through the most popular destinations of the country.

During your stay at Palenque Island, and depending on the season, you will have the opportunity to enjoy a miracle of nature: a whale-watching expedition.

In Central America, Panamá stands as the most cosmopolitan city and the only capital on the seashore. Its tropical climate is characterized by high temperatures ranging between 80 and 95 degrees Fahrenheit.

The city offers a variety of choices for all tastes, combining impressive, modern infrastructure with some treasures of distant times such as the Old Quarter – a World Heritage Site by UNESCO.

Its 130 guest rooms and suites feature the latest technology, a pristine décor and stylish spaciousness that offer the ultimate in elegant comfort.

A choice selection of exclusive dining venues is nested in this exclusive hotel; two sophisticated but relaxed bars – one in the lobby and one by the pool, the BRIO Brasserie – serving fresh, simple produce with a contemporary approach to French and American cuisine, and the Ginger Sushi Bar and Lounge – offering a modern vibrant atmosphere to sample the freshest sushi with refreshing drinks.

Punta Caracol Acqua-Lodge was built with the idea of creating a place where guests could experience a pure and intimate nature encounter, without sacrificing comfort. Located in Bocas del Toro, over the Caribbean Sea, the cabins at this exclusive lodge were built upon stilts which support a wooden frame over the water and covered by a palm leaf roof.

The nine cabins at Punta Caracol are joined to the main dock – where the restaurant is located – by independent trails on the sea, and feature a platform in the terrace with stairs to access the green, crystal clear waters surrounding each bungalow.

At night, the restaurant’s impressive palm leaf roof creates the perfect surrounding for a candlelight dinner. The dining experience offered by the hotel is a mixture between Caribbean and International cuisine.

Important: Tap water in the suites is not drinkable and there is not electricity to charge electronic devices such as telephones, cameras, ipads/ipods…there is a shared outlet power strip in the restaurant at guest’s disposal.

The paradisiac archipelago of Bocas del Toro is one of the Panama’s top beach destination.

This full day tour combines the most popular spots in the area to enjoy its natural wonders and its relaxing beaches.

First, you will make a short boat ride to Laguna Bocatorito or Dolphin’s Bay, where it’s almost guaranteed to spot the semi-permanent population of bottlenose dolphins that graciously will play around the boat.

Then, you will make a stop in Crawl Cay – one of the most popular snorkeling spots in Bocas del Toro.

After lunch you will visit Red Frog Beach to discover the poison-dart frogs that are abundant in Bastimentos’ hills. With a little luck, you might encounter a three-toed sloth or some monkeys as well.

To end the day, you will snorkel in one of the best places in the area: Hospital Point.

Lunch is included in a local restaurant.

Boquete is a small, charming town in the province of Chiriqui – located in a valley surrounded by towering elevations of the Central Cordillera, and with a huge abundance of natural resources including mountains covered by primary and secondary forests, an important and very diverse fauna, clear streams and rushing rivers, a majestic volcano, national parks and forest reserves.

Finca Lerida Coffee Estate & Boutique Hotel is located within a coffee plantation on the slopes of the Baru Volcano, making it a perfect destination for birdwatchers and nature lovers due to the climate conditions of the region.

The hotel boasts 23 guestrooms divided in 4 standard rooms with Scandinavian décor, 11 deluxe rooms with private terrace, 6 suites with indoor chimney, and the “Casa Centenario” – an historic suite built back in 1908.

The international restaurant of the hotel is “La Brulerie” and offers a traditional menu incorporating fresh ingredients and savory seasonings into fine cuisine.

Besides, a small, cozy coffee shop where it’s possible to taste a delicious cup of coffee from the plantation that has been exporting product since 1929 to the most demanding specialty coffee markets around the world.

Los Quetzales birdwatching trail goes through the Baru Volcano National Park, and connects the towns of Cerro Punta and Boquete. The entire trail is 10 km long and lasts approximately from 4 to 6 hours; passing from tropical rainforest to tropical cloud forest.

The path goes at an altitude of 6000 ft., on a ridge with amazing views, and full of ancient trees; as well as a numerous variety of bird species including Prong-billed Barbet, Wrenthrush, White-naped Brush-Finch, Lange-footed Finch, Long-tailed Silky-flycatcher, Black-and-yellow Silky-flycatcher, and The Resplendent Quetzal.

The resplendent quetzal is considered among the world’s most beautiful birds, and lives in the mountainous, tropical forests of Central America. The most spectacular feature of this specie is the greatly elongated, glistening emerald-green tail feathers of breeding males.

Duration: 1 hour and a half approximately

Boca Chica is a paradisiac destination within the Chiriqui Marine National Park – which protects an area of ​​over 14,000 hectares, including two dozen islands and their surrounding waters.

The Resort at Isla Palenque is set on a pristine jungle island in Panama’s Gulf of Chiriqui. Spread over 400 acres, this luxurious resort community is an ideal haven for travelers seeking a luxurious and tropical getaway.

Among the amenities offered by the hotel are an infinity-edge pool, a beachside lounge, an open-air island spa, two restaurants offering world-class cuisine and a wide array of recreational activities such as fishing, scuba diving, snorkeling and ecological excursions.

In the stylish Estate Rooms, views over Playa Primera and the resort’s sparkling infinity pool are framed by floor-to-ceiling windows. The rooms are nestled between old-growth trees, blurring the line between their sophisticated interiors and the natural surround.

Optional tour (not included in the package):

Only available from July to October

The Gulf of Chiriqui is one of the best destinations in Panama to observe humpback whales as they move into warmer waters from the colder south – from mid to late July to mid-October. The Pacific coast of Central America is one of the few areas in the world where humpback whales from both the northern and southern hemisphere come to mate and to give birth.

For this expedition, accompanied by an experienced captain, you will depart from the hotel in a small boat looking for whales and dolphins in the waters of the Chiriqui National Park. Luckily, you will find these beautiful giants swimming alongside with their babies.

After a while contemplating this wonder of nature, you will enjoy some free time to snorkel nearby the amazing coral around Bolaños Island. This island will give you the opportunity to observe a rich marine life including colorful fishes, sponges, mollusks, green turtles, and many other species living in these tropical waters.

First, you will visit the charming “Casco Antiguo” or Old Quarter, built in 1673 after Panama La Vieja (the first city) was looted and burned. The predominant architectural style of the Casco Antiguo is a combination of Italian, French and Spanish colonial.

During the expedition through this colonial part of the city you will have the opportunity to visit some churches – including the famous Golden Altar which survived the plundering and destruction of pirate Morgan, and different parks and plazas while you learn about the history of the city.

Lunch is included in one of the restaurants of the Casco Antiguo.

Then, a visit to the emblematic Panama Canal. Visiting the Miraflores Locks visitor’s center – the nearest set of locks to the city, makes it possible to learn about the history and the daily operation of the Canal. This visitor’s center has three main attractions: The Museum, the audiovisual presentation, and the lookout point where it’s possible to observe the ships passing through each one of the chambers.

You must be at the airport 2 hours prior the flight time.